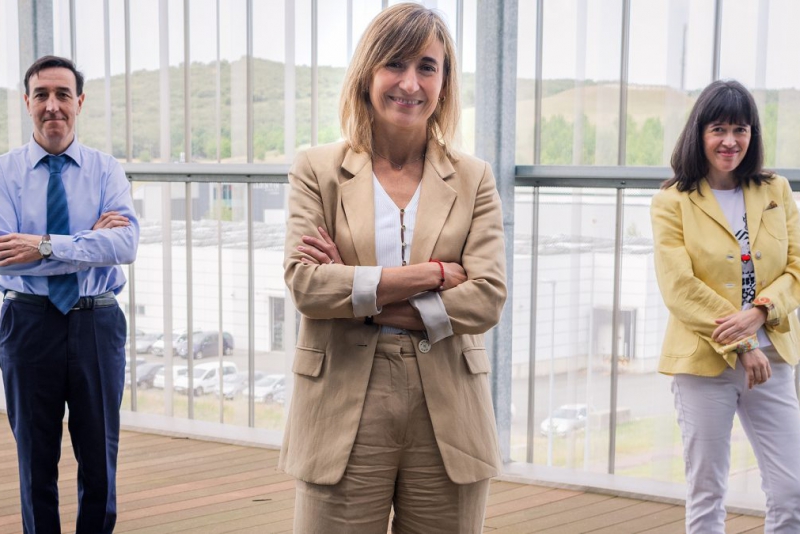 BCARE, the spin-off company set up by CIC energiGUNE to offer value-added services to industry in the area of energy storage, has appointed Soraya Romo Díez as its new General Manager. This appointment forms part of the startup’s strategic commitment to consolidate its current position as a reference in the sector and support its expansion process into new business areas.

“The appointment of Soraya Romo Díez as General Manager is key for BCARE as it will enable us to address new challenges in an orderly fashion, with a forward-looking vision but at no time losing sight of what we are already doing well”, Javier Olarte, CEO of Bcare, explains.

"It is very satisfying to see that a project that originated here, at CIC energiGUNE, and which has been successful and been able to consolidate itself in such a short time, continues to grow and face new challenges", said Nuria Gisbert, President of the spin-off and Director of CIC energiGUNE, a leading Basque research centre in electrochemical and thermal energy storage and a member of the Basque Research & Technology Alliance BRTA.

Soraya Romo Díez is an industrial engineer with more than 20 years of experience in the sector. She began her career working in the technical field and, in the last 10 years, has held managerial posts. Her professional career includes working for large companies such as Iberdrola and Vinci Energies, and for family businesses such as Velatia and the Lekunbide Group.

In addition to her qualification as an Industrial Engineer from the University of the Basque Country, the new General Manager of Bcare holds an Executive MBA GECEM "Master in Management for Business Competitiveness" from the UPV/EHU, and has completed the "Advanced Management Program" at IE Business School.

CIC energiGUNE is the benchmark research centre in Europe in the field of energy storage. The centre, a strategic initiative in this field set up by the Department of Economic Development and Infrastructures of the Basque Government, is also supported by the Provincial Government of Álava and the Basque Energy Agency. The Centre’s governance board members include leading companies in the energy sector in the Basque Country: Iberdrola, Cegasa Portable Energy, Sener, Siemens-Gamesa, Ormazabal, Idom, Solarpack, Mondragón Corporation and Nortegas.

Furthermore, CIC energiGUNE is the reference laboratory for energy storage in the south of Europe, with its unique facilities including prototyping and testing infrastructures for electrical (including batteries for automotive solid state) and thermal storage. It has had over 600 scientific articles published and participates in 40+ industrial projects per year.