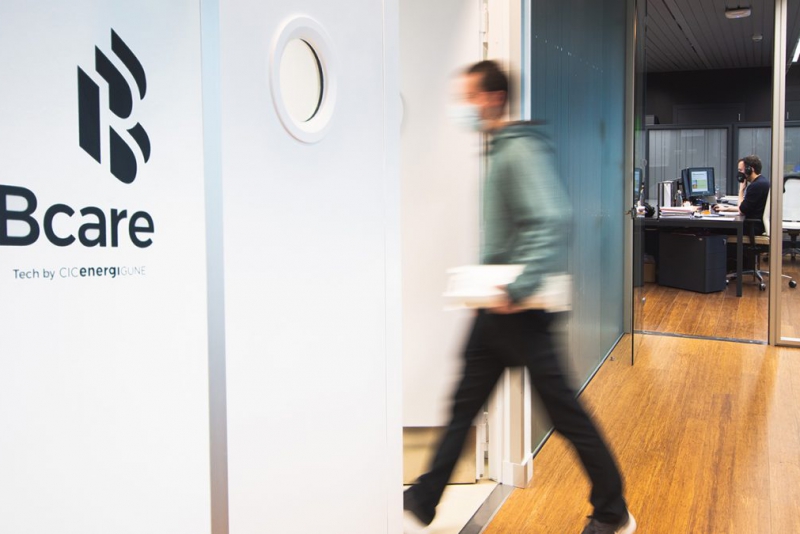 BCARE, -spin off emerging from CIC energiGUNE in order to offer added value services to the industry on matters of energy storage-, has consolidated its position in the second full fiscal year as a referent in the sector with a billing of 600,000 euros in 2020 -which represents an increase of 15% in relation to the previous period- and a growing workforce currently formed by 10 highly-skilled professionals.

“It is not usual that a start-up obtains profits practically from the very same moment that it is launched, we feel profoundly fortunate because thanks to the confidence of our clients and the effort of the team, BCARE has not only achieved it, but has been able to widen its activity field in a record time, thus turning into an strategic actor for all those companies that aspire to improve their energetic management and, more specifically, to face the energetic transition, through innovation in the field of storage”, has manifested Soraya Romo, General Manager of BCARE.

The appointment of Soraya Romo halfway through 2020 represented, in this sense, a definitive push towards the strategic position of CIC energiGUNE to place BCARE as a privileged tool of transfer of knowledge to companies. “We needed this link to reinforce the Basque chain of energy storage offering help from our abilities as experts in the field”, has assured Javier Olarte, CEO of BCARE.

In this way, all through 2020, BCARE has put into practice multiple personalized projects for industrial clients, and has integrated into European projects such as LOLABAT, which expects to propel the development of Nickel-Zinc (Ni-Zn) technology applied to batteries of the latest generation. Specifically, BCARE will develop the models of diagnosis of state of charge (SOC) and state of health (SOH) for their integration in the system of the management of batteries.

Likewise, the project of BCARE for the digitalization of the storage systems based on batteries to propel decarbonization, was selected among close to 400 proposals by the promoters of the initiative “Energía Positiva+” -driven by Enagás, Red Eléctrica, CLH, Iberdrola, BP, EIT InnoEnergy, Acciona, Capital Energy and DISA-, for its development in collaboration with one of the participating companies.

It needs to be highlighted that the call “Energía Positiva+”, pioneer in the State, launched this past month of April seeking projects that, from the perspective of energy, will articulate innovation as the principal tool for propelling the economic and social recovery in Spain after the Covid-19 crisis.

Moreover, BCARE has taken an important step in the fields of Smart Networks by being included in 2020 in the “Global Smartgrid Innovation Hub”, an initiative promoted by Iberdrola to push the transition towards a new energetic model. This center aspires to act as a trailblazing platform of innovation, combining its technological capacity with that of the suppliers, collaborators and startups all around the world, among which BCARE is situated.

It is expected that the Hub of innovation will start in the spring of 2021, with more than 120 projects of innovation and more than 200 professionals working on the development of projects of R&D and Innovation related to the challenges of electrical grids of the future, among them, a higher digitalization, the treatment of data that these infrastructures generate and the answer, in terms of solidity and flexibility, of the electrical grid to new models of consumption, such as electric mobility and self-supply.

In this sense, BCARE also had the opportunity to present in December, on the occasion of the VII Congress of Smart Grids, its system of monitoring and real-time diagnosis of the state of health of the substation batteries and Smart Grids, which has been developed and implemented successfully for i-DE Grupo Iberdrola.

Previously, in the month of October, BCARE was invited to take part in the sixth edition of AIC Next, funded by AIC-Automotive Intelligence Center, and in which the start up presented before the automotive industry its catalog of solutions to optimize the security of the battery and its performance through advanced analysis and predictive models of the health of the devices.

From the point of view of the workforce, it should be mentioned the awarding in November of the Award of the SENER Foundation for the Best Doctoral Thesis to the BCARE researcher Jaione Martínez de Ilarduya, for her thesis “Development of a sodium-ion battery: from the studies of the electrode processing to the model of heat generation of a monolayer cell”.

In the giving of the award, the jury valued the solution that the thesis proposes before the increasing energetic demand for the supply of mobile devices (telephones, laptop computers, etc.) and on innovative technologies such as automotive electric or hybrid vehicles, among many other applications.

“All the work developed and the acknowledgement received in such a short period of time make us very optimistic towards the future. Moreover, we count with the support from CIC energiGUNE, one of the leading scientific institutions at a European level on matters of energy”, has concluded general manager of BCARE, Soraya Romo.